Growing up, I wasn’t familiar with ocarinas. In fact, until about 11 years ago, I’d never heard of one. I did love music, though, and as a kid I played the saxophone and a little blues harmonica. When I went away to college, my saxophone stayed behind, and I just never picked it up again.

As an adult, I started missing instrumental music, so over time I dabbled a bit in the tin-whistle, the recorder, I played the harmonica kind of seriously for maybe a year or so. But, for whatever reason, I didn’t stick with those instruments.

Then one day I was visiting Boston with my family –we had gone to the Children’s Science Museum– and on the way back to our car there was this, street vendor, a Honduran guy, with his colorful blanket spread out on the sidewalk. So I stopped to talk to him, and he had these little clay things that I’d never seen before. He told me they were ocarinas, little flutes, and I was instantly smitten with the idea of a pocket-sized flute. I thought, “Wow. This is the instrument I’ve been looking for. A flute I can fit in my pocket and play anytime.”

To me, it’s kind of like with my Palm Pilot. I use it because I carry it with me, and I thought, “Wow, it’ll be that same way with the ocarina.” Well, sure enough, I really took to the ocarina even though that first one was so poorly made that I couldn’t even play a scale on it. But it got me started searching for a really good ocarina, and I eventually found some nice ones. I guess my disappointment, though, with the best one’s I could find was that they needed a little more range or a more fluid fingering pattern, and in general, they needed more sound because I wanted an instrument that I could play with other musicians.

I mean, here was the instrument that I wanted to, in a sense, dedicate myself to musically, but I felt like I wanted a really good one. So, I went through a period there of dreaming about making my own. I remember my wife saw me out in the barn one time just staring at a piece of wood with a far off look in my eyes, and she said, “Honey, what’s up?” And I said, “Well, I was just thinking about how I could make an ocarina out of this piece of wood.”

My chance to start prototyping came when I was I was taking some time off teaching Bilingual Ed. and Spanish to finish a Master’s thesis. Actually, when I first started prototyping, my thought was to make just one really good ocarina for myself, but as I got more into it and saw what a complex task it was, what an exciting task, it kind of took over, and it wasn’t too very long before I started thinking about doing it full time. Sometime around New Year’s of 1996 was when my wife and I had a conference and decided we would give ocarina making a try. Here is an in-depth interview with Mountain Ocarinas’ founder: ocarina artisan interviewed

Briefly ocarinas are vessel flutes, which separates them from most of the other flutes in that air oscillates in an out of a hollow chamber instead of in and out of the ends of a long, narrow tube.

The fact that they (ocarinas) use a shorter fatter chamber instead of a long, narrow tube is what allows them to be so compact. It also explains why they can be made in so many different shapes. I mean, they aren’t limited to a basically tubular shape. Also, most vessel flutes use a windway similar to a recorder or tin-whistle, although China has a traditional form of vessel flute that uses an embouchure hole like a modern concert flute.

I have a fascinating article about pre-Colombian meso-American clay flutes –many of them were ocarinas– and they took all kinds of different shapes and chamber configurations. So Ocarinas are very ancient instruments, native to pre-Colombian South and Central America, Mexico, ancient China, and other parts of the world. In fact, ocarinas may be among the most ancient of flutes because they were originally made from low fired clay, perhaps an outcropping of pottery making. Actually, Gem-horns, which are early renaissance instruments made from animal horns, are also a type of vessel flute as well.

You see, the word “ocarina,” which means “little goose” in Italian, was first given to a certain type of ocarina played by street ensembles in Italy toward the end of the 1800s. Today, it seems that the meaning of “ocarina” has been extrapolated to include most vessel flutes. 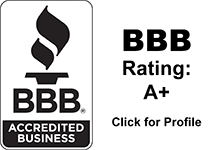 Menu
How can we help you?